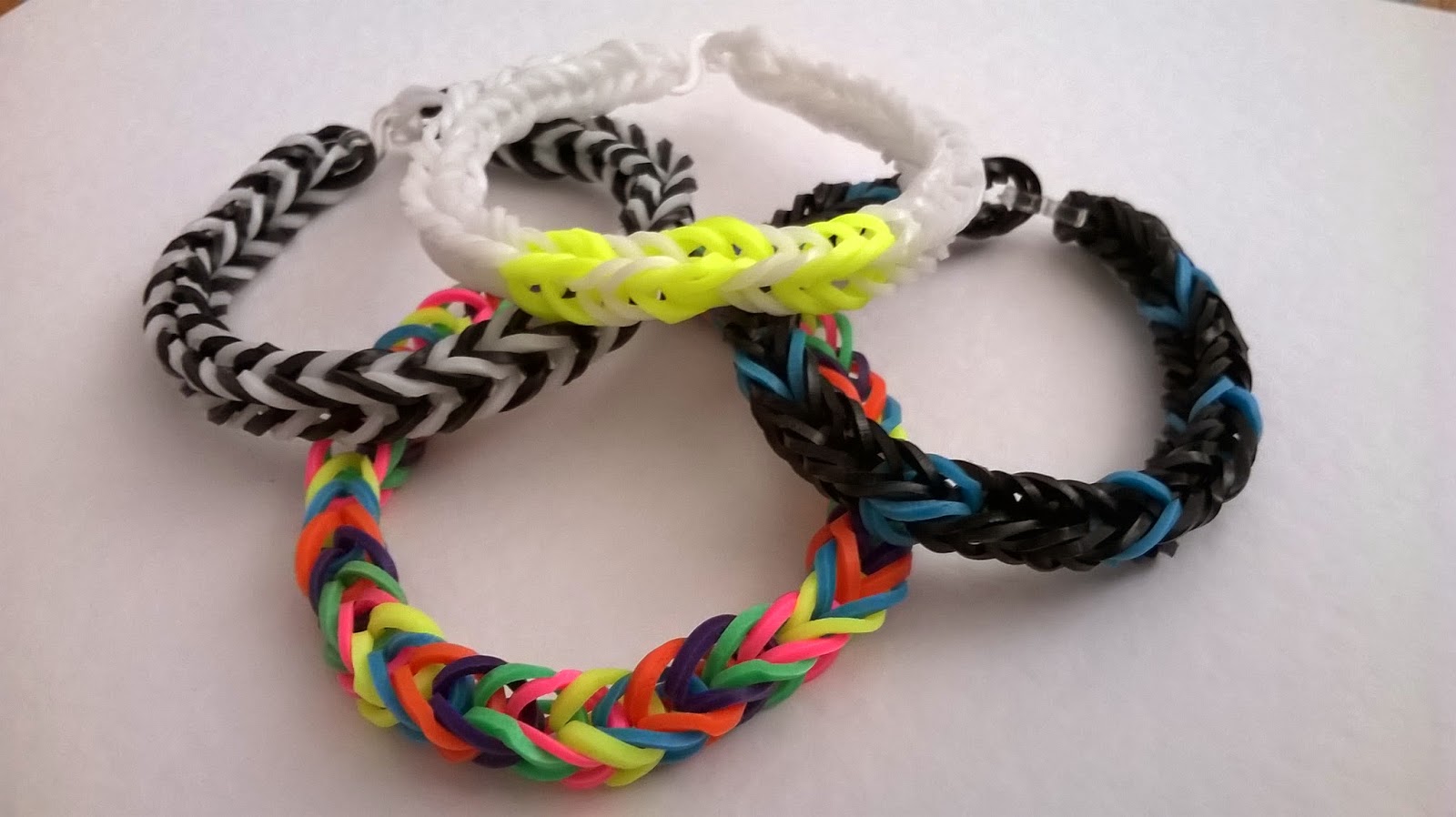 I have had a go at making a few bracelets today using the loom and loom bands and I'm kind of hooked now. My favorite bracelet so far has been the fishtail bracelet so I have put together a tutorial to show you how to make one. Out of the few colour combinations I tried out today I love the black and white one so that's the one I'm going to show you. 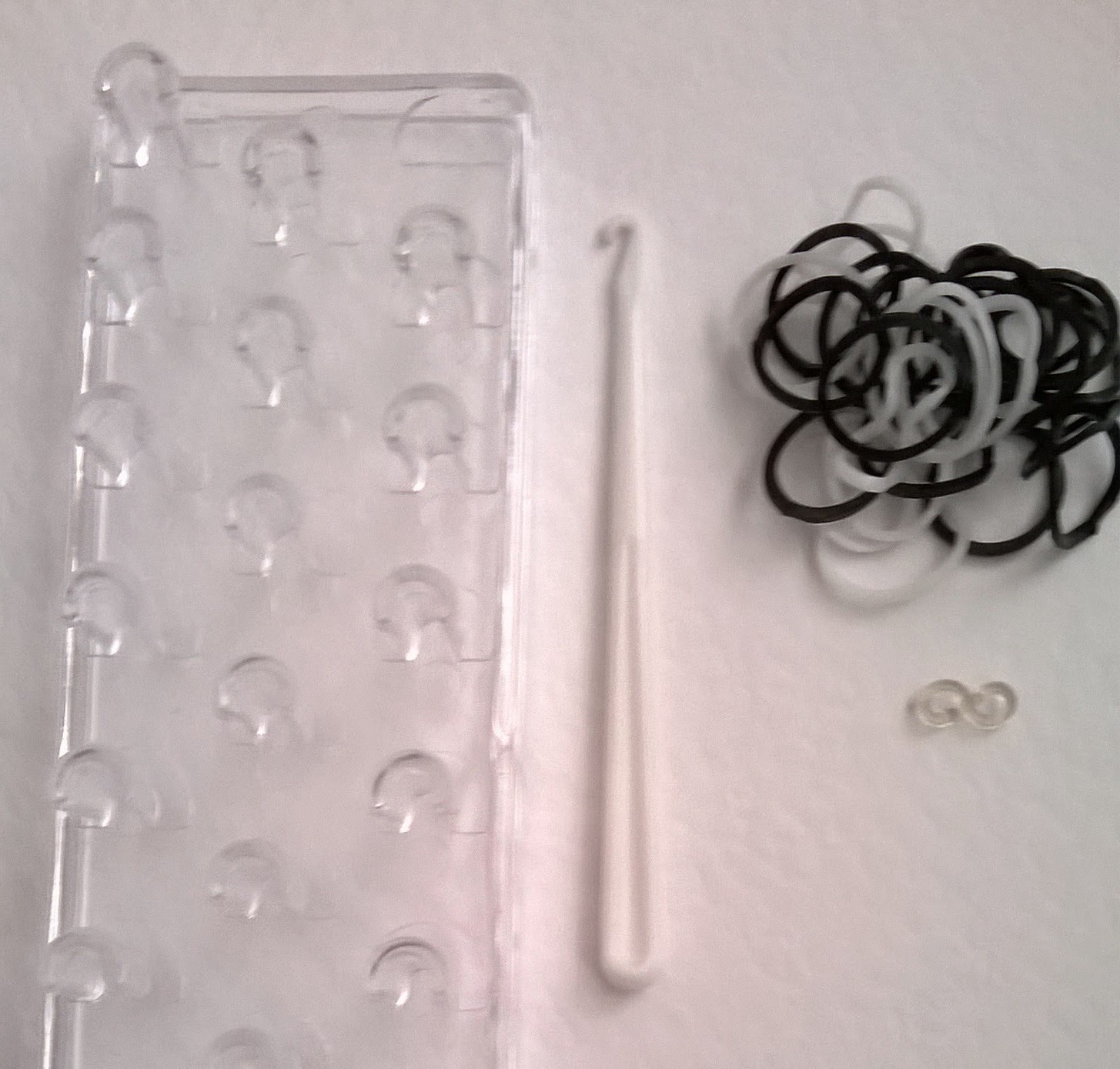 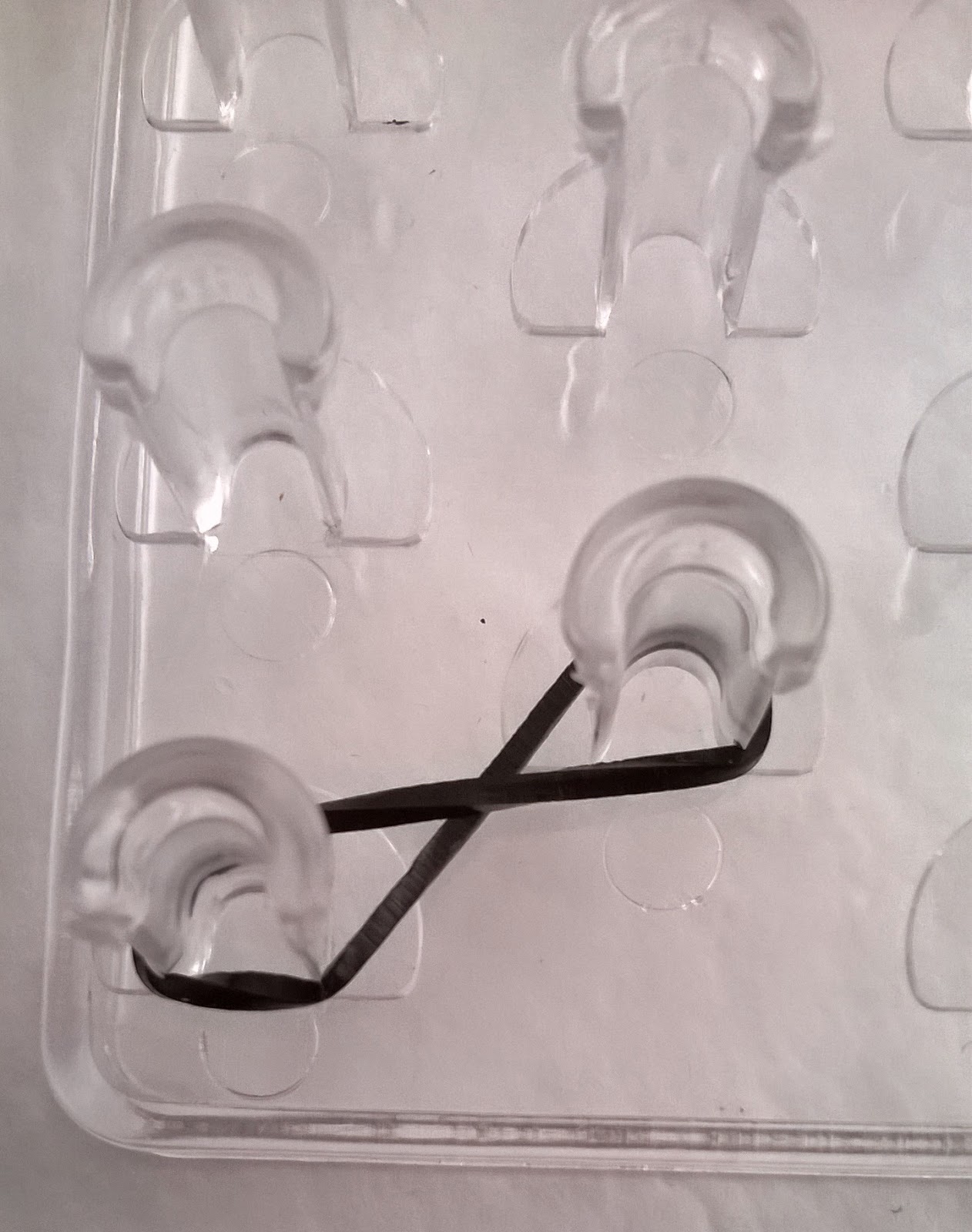 Take the first loom band in your first colour and loop it like shown in the photo making sure to twist the band. 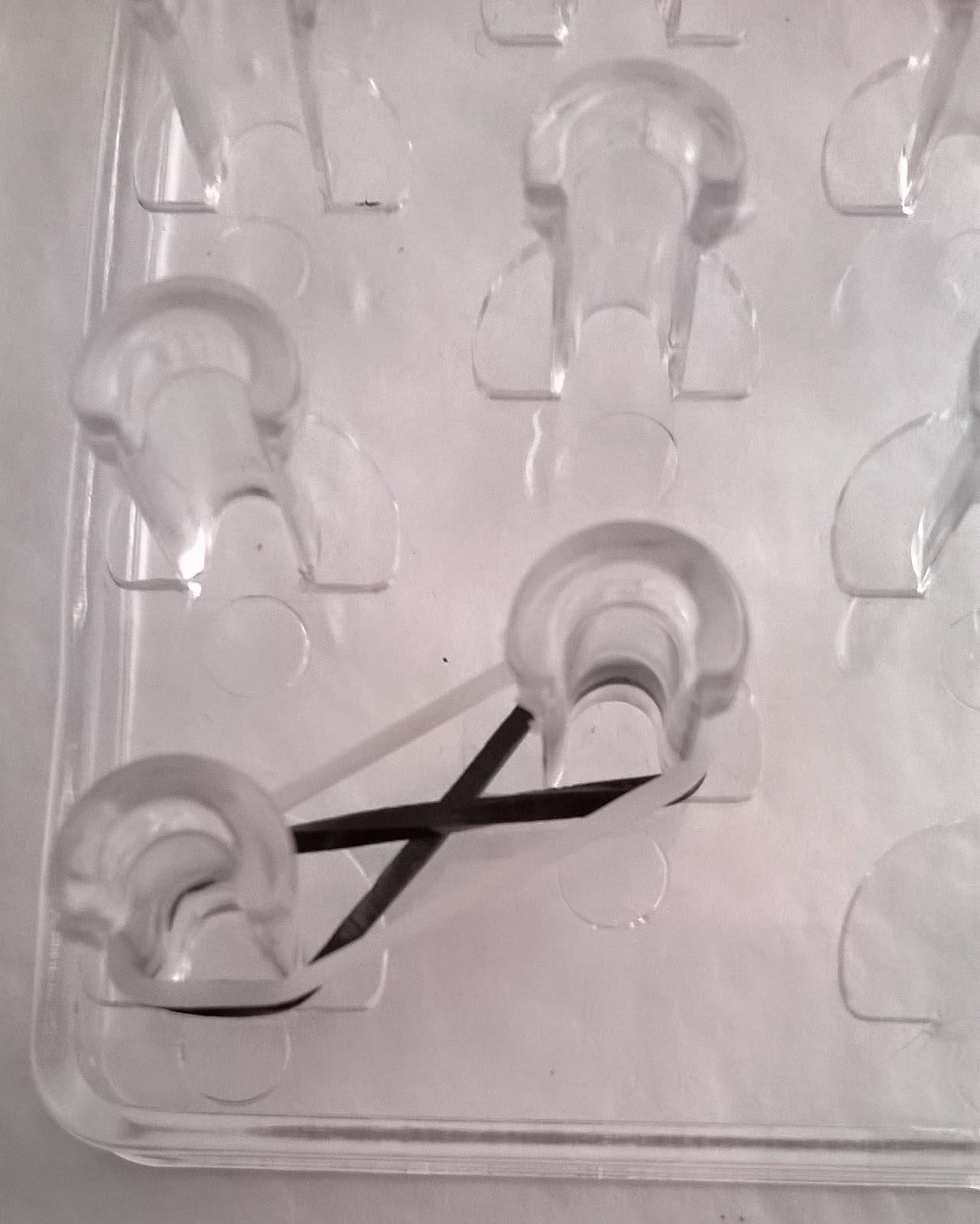 Now add a band in your second colour. this should be put straight onto the loom and now crossed in the middle. 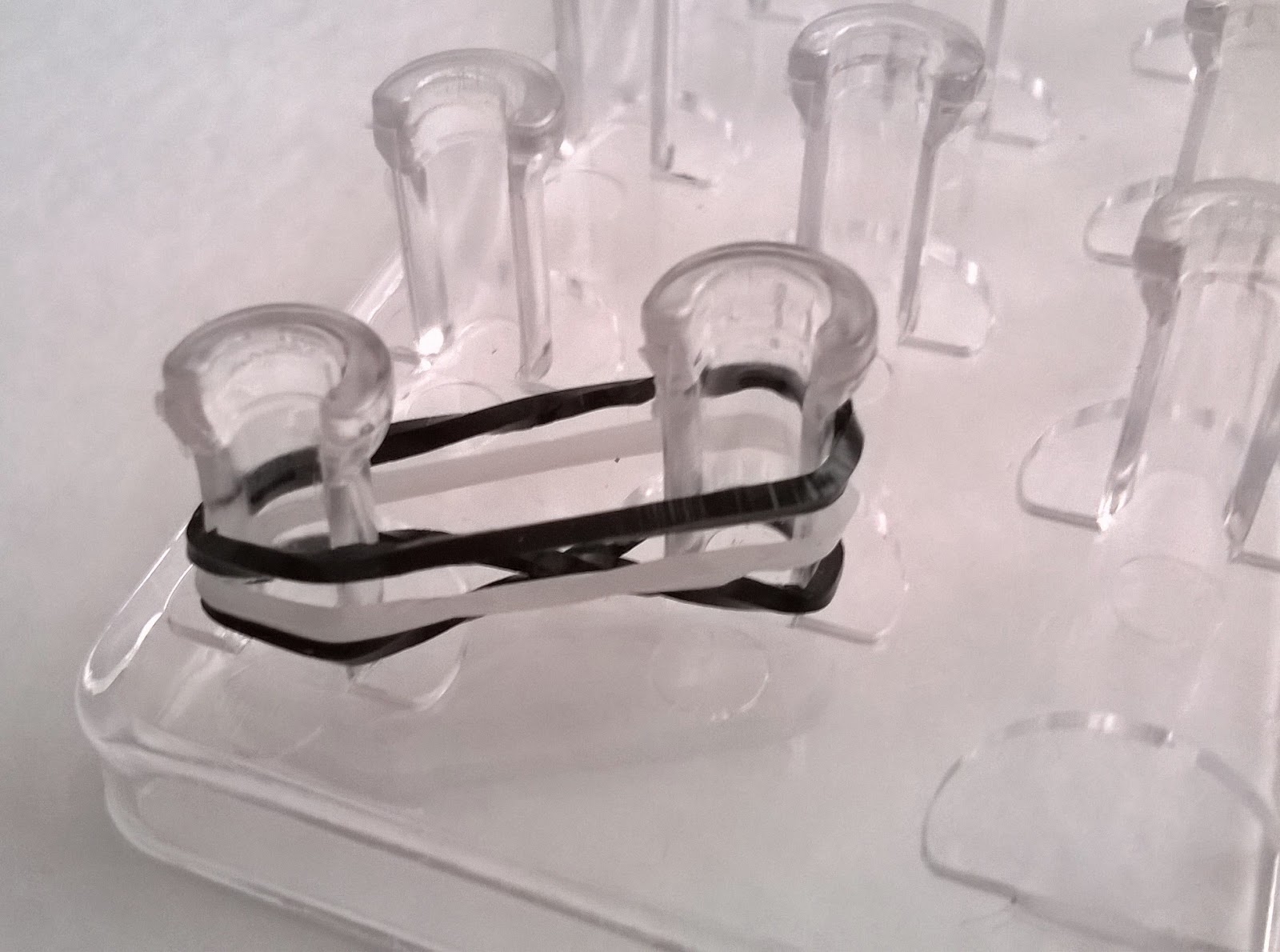 Add another loop of the first colour straight onto the loom. 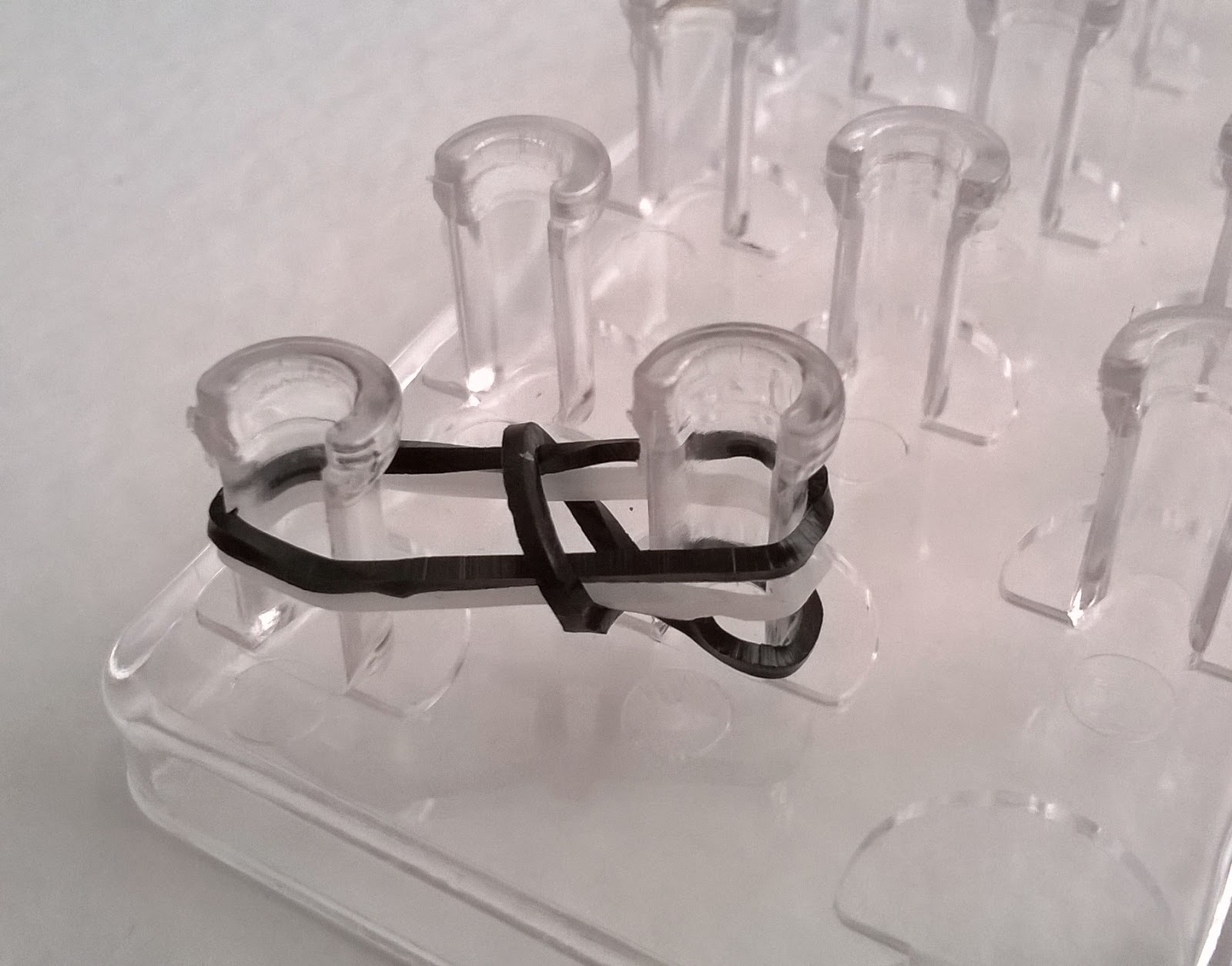 Using the loom hook, take the bottom band from the left side over the loom pin and into the middle. 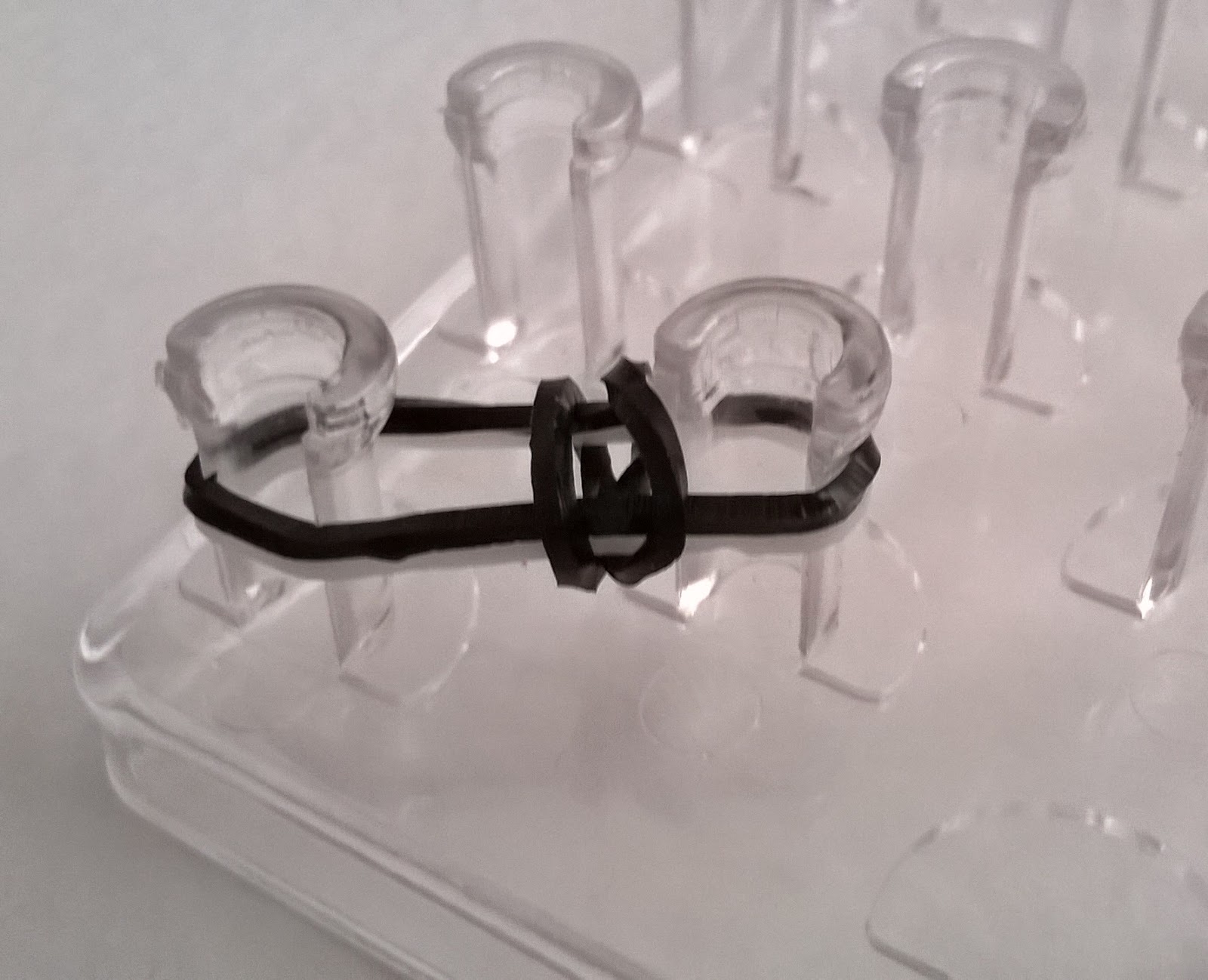 Now to the same with the bottom loop on the right hand side. 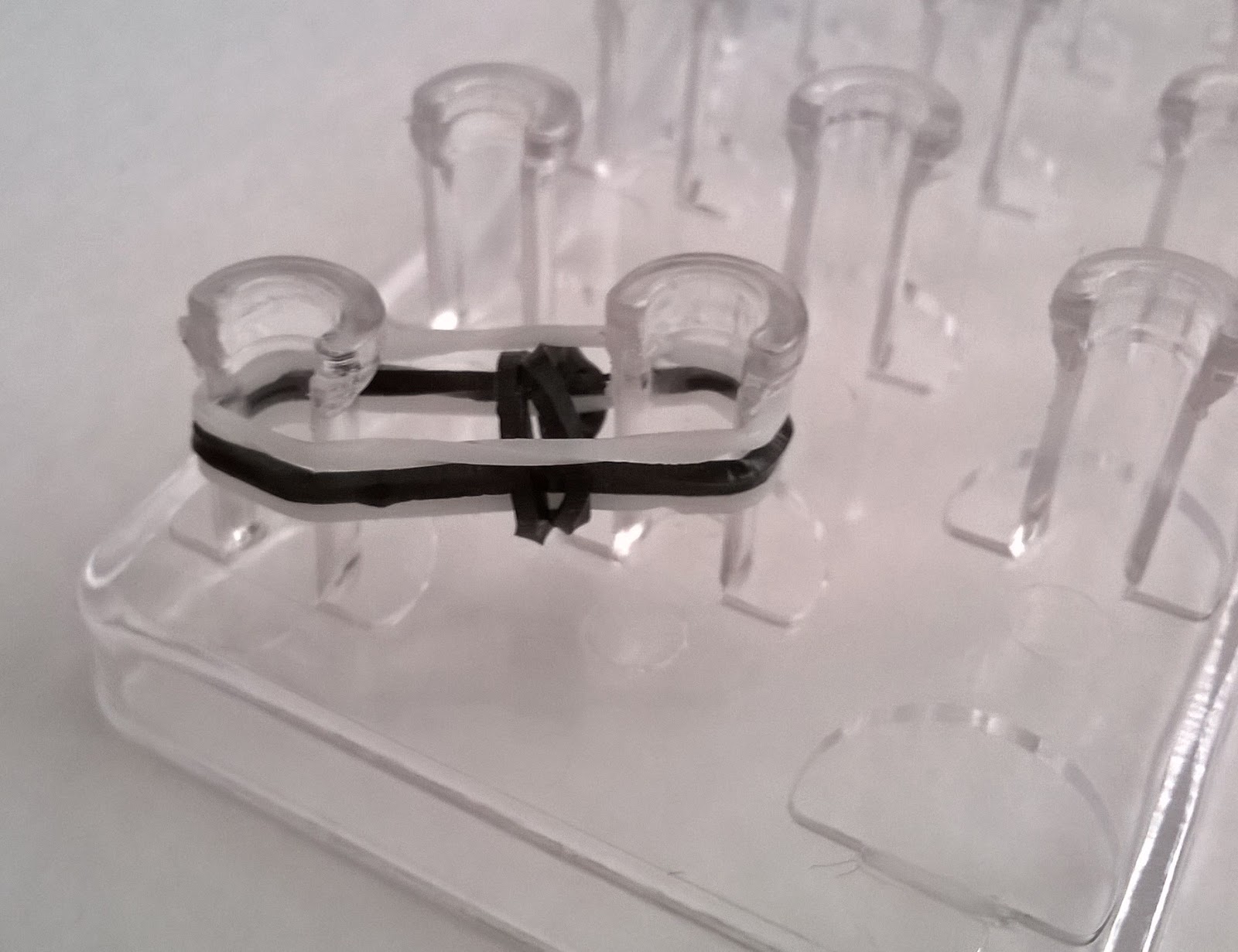 Add another band of the second colour straight onto the loom. 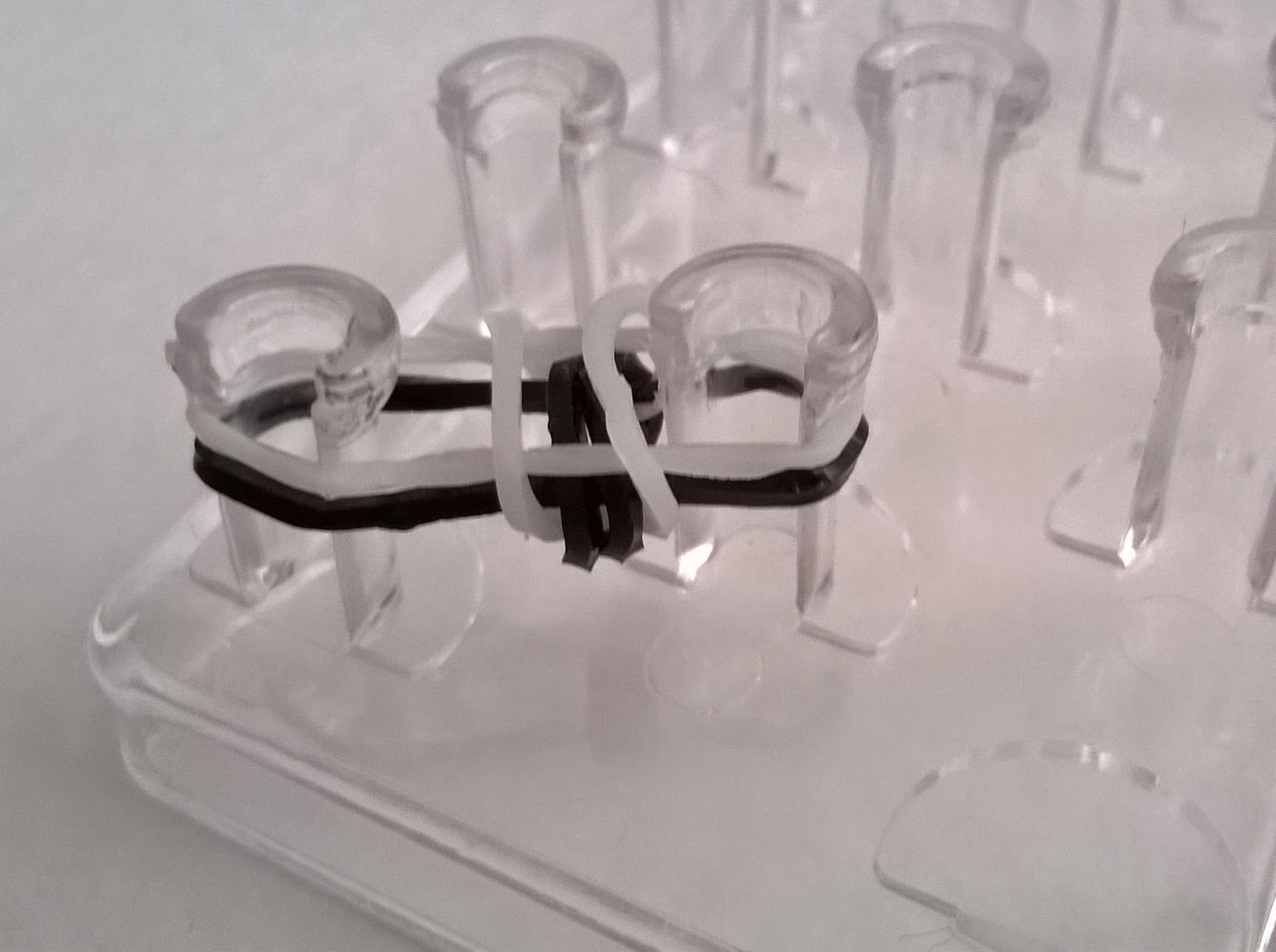 And continue the pattern along adding a new band each time. 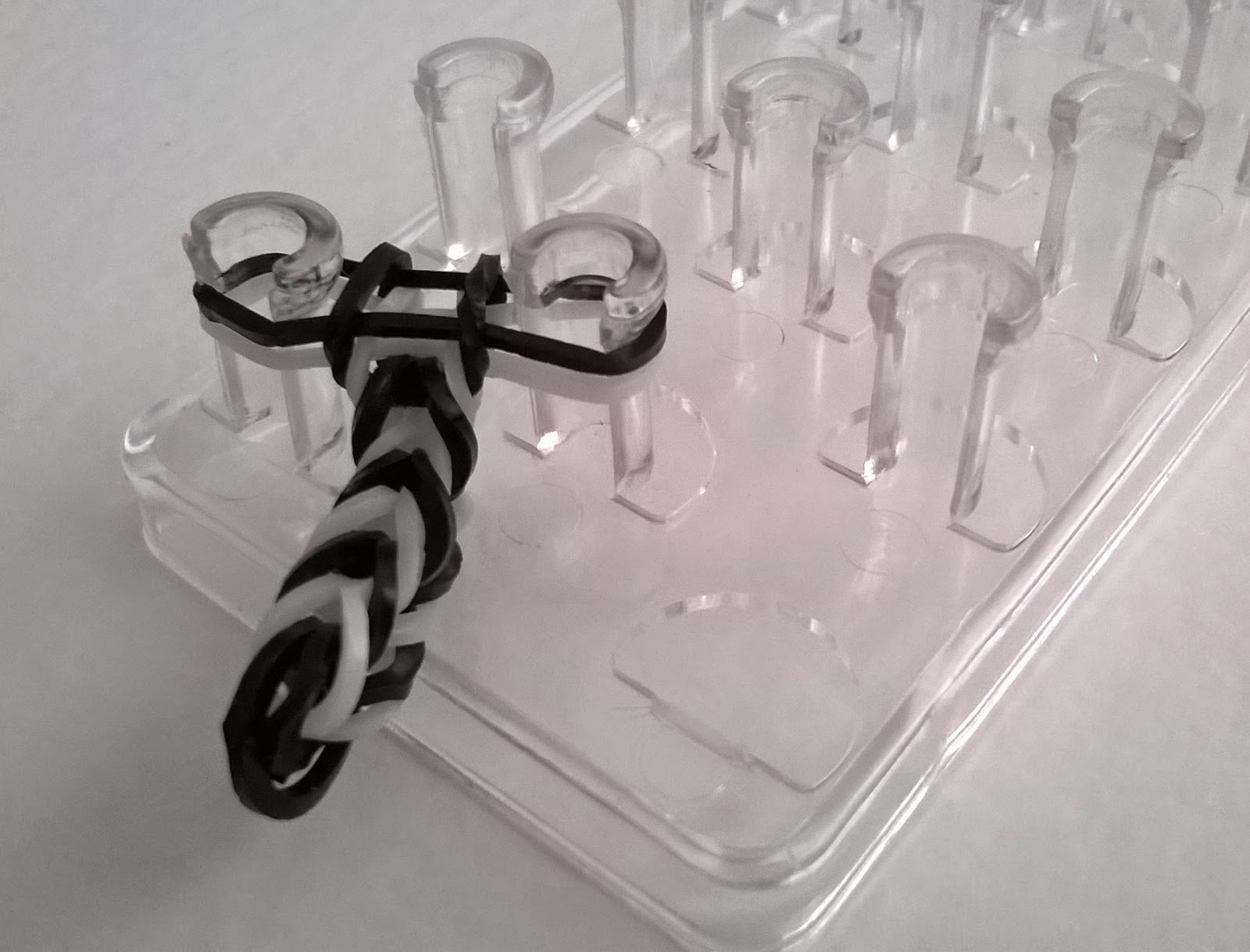 After a while the pattern will begin to emerge. Keep going until you reach the length you need. 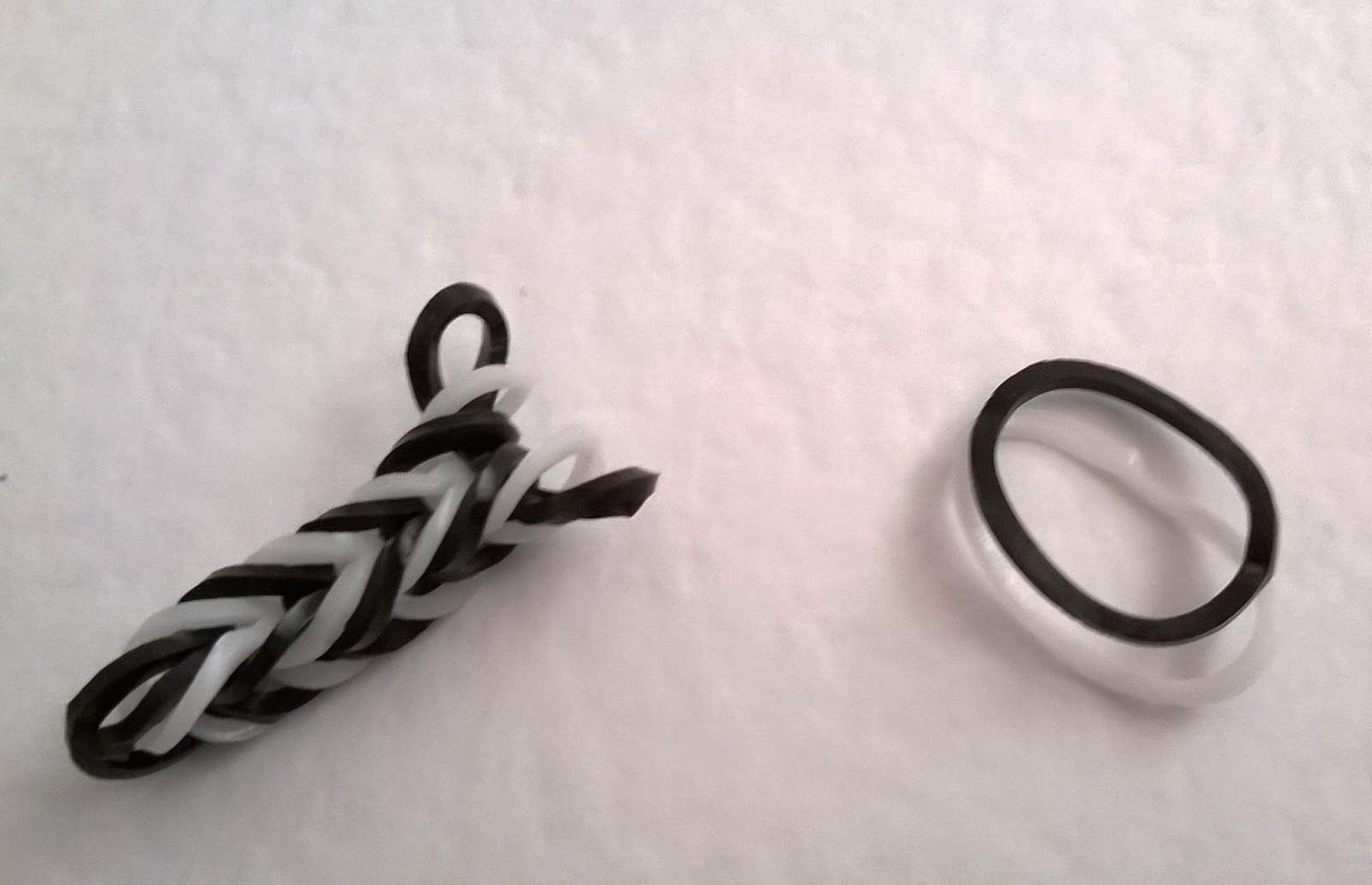 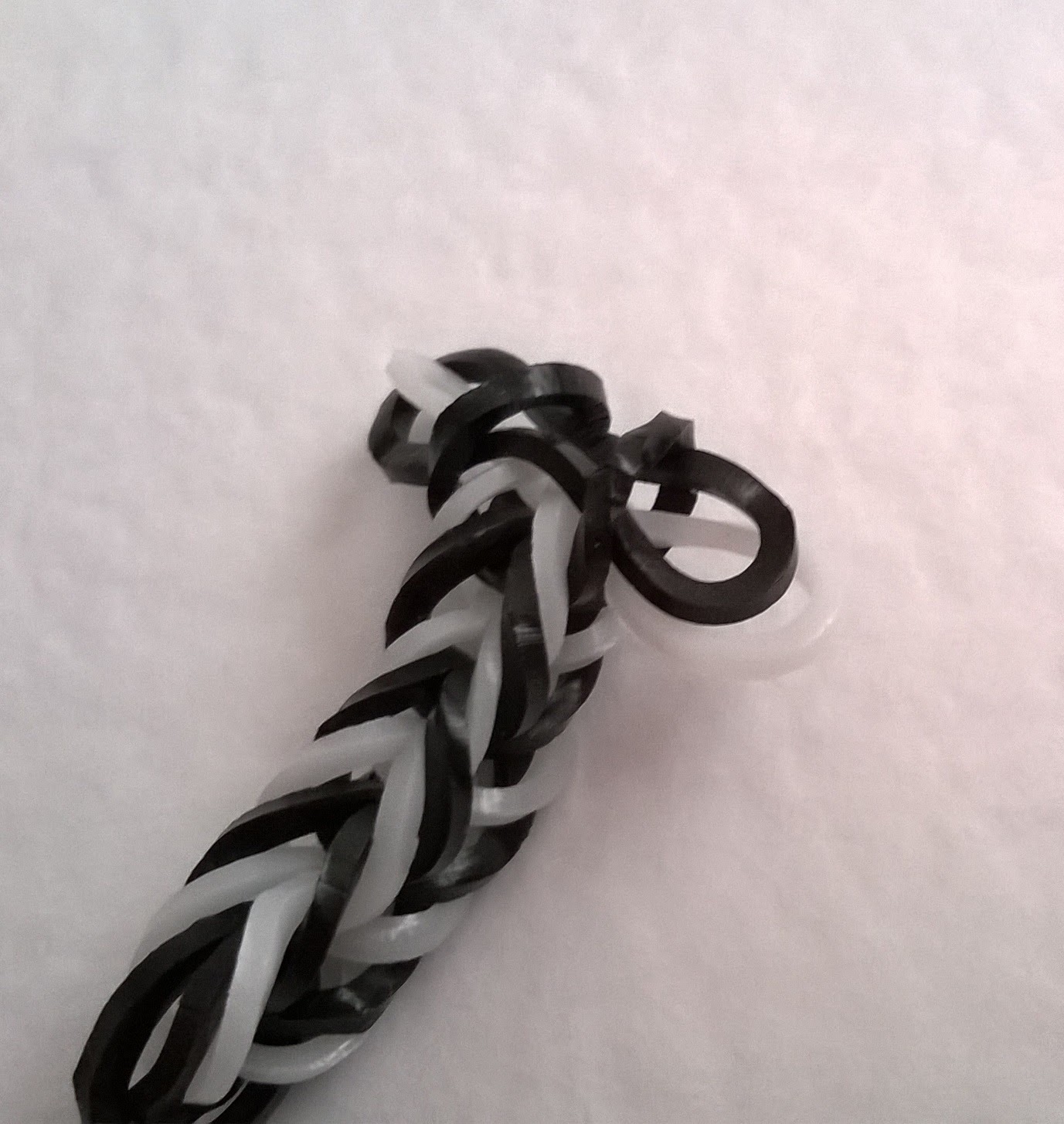 To finish the Bracelet remove it from the loom and remove the 2 unused bands.


Add an S hook linking either end together and your bracelet is now ready to wear. 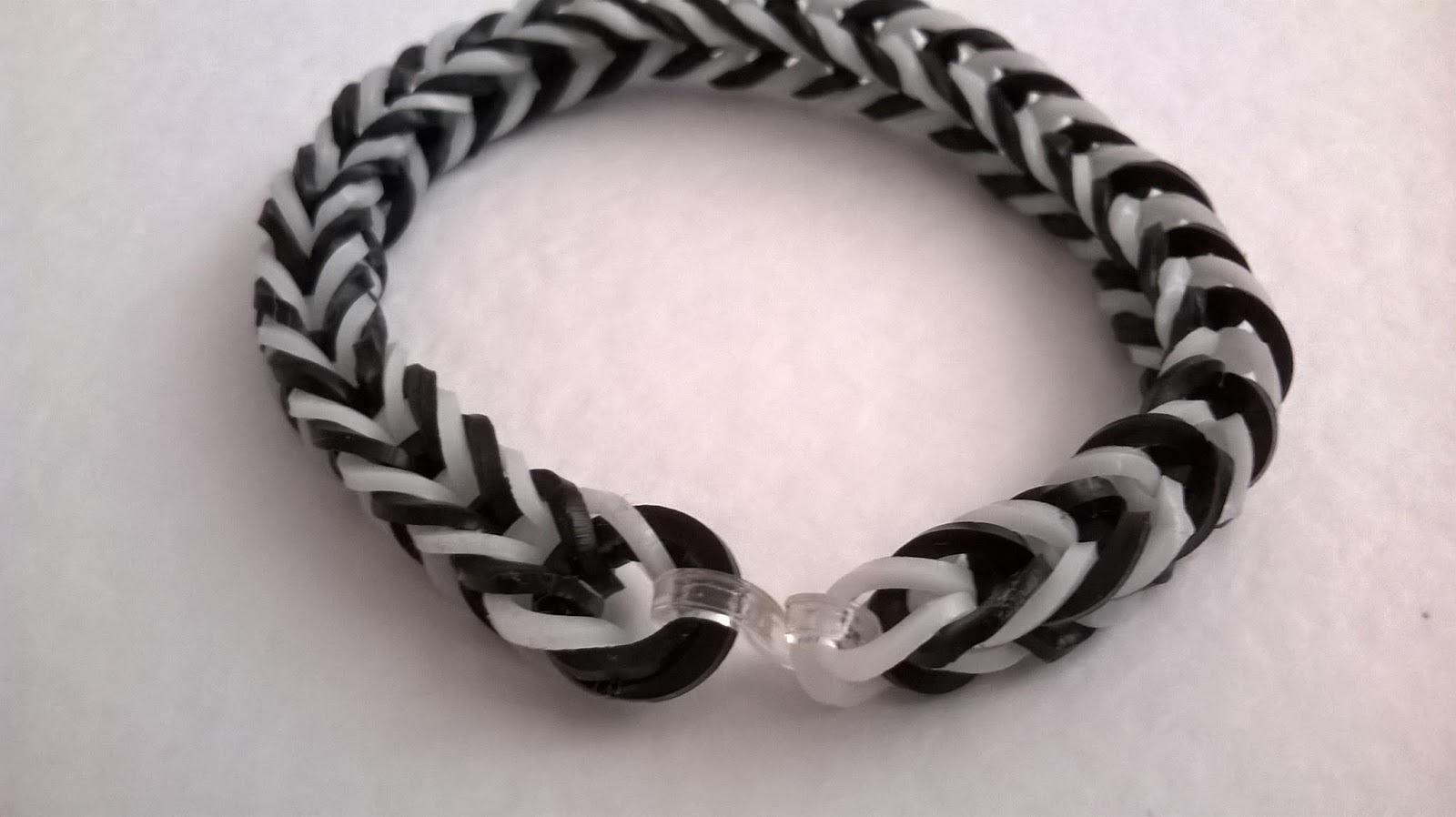 I have also put together a video tutorial that you can watch by clicking here.

Email ThisBlogThis!Share to TwitterShare to FacebookShare to Pinterest
Labels: Black, Fishtail, How to, How to Make a Loom Band Bracelet, Loom Bands, Tutorial, White 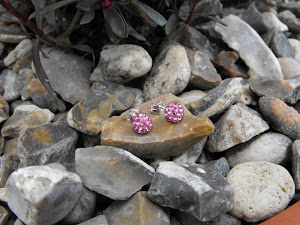 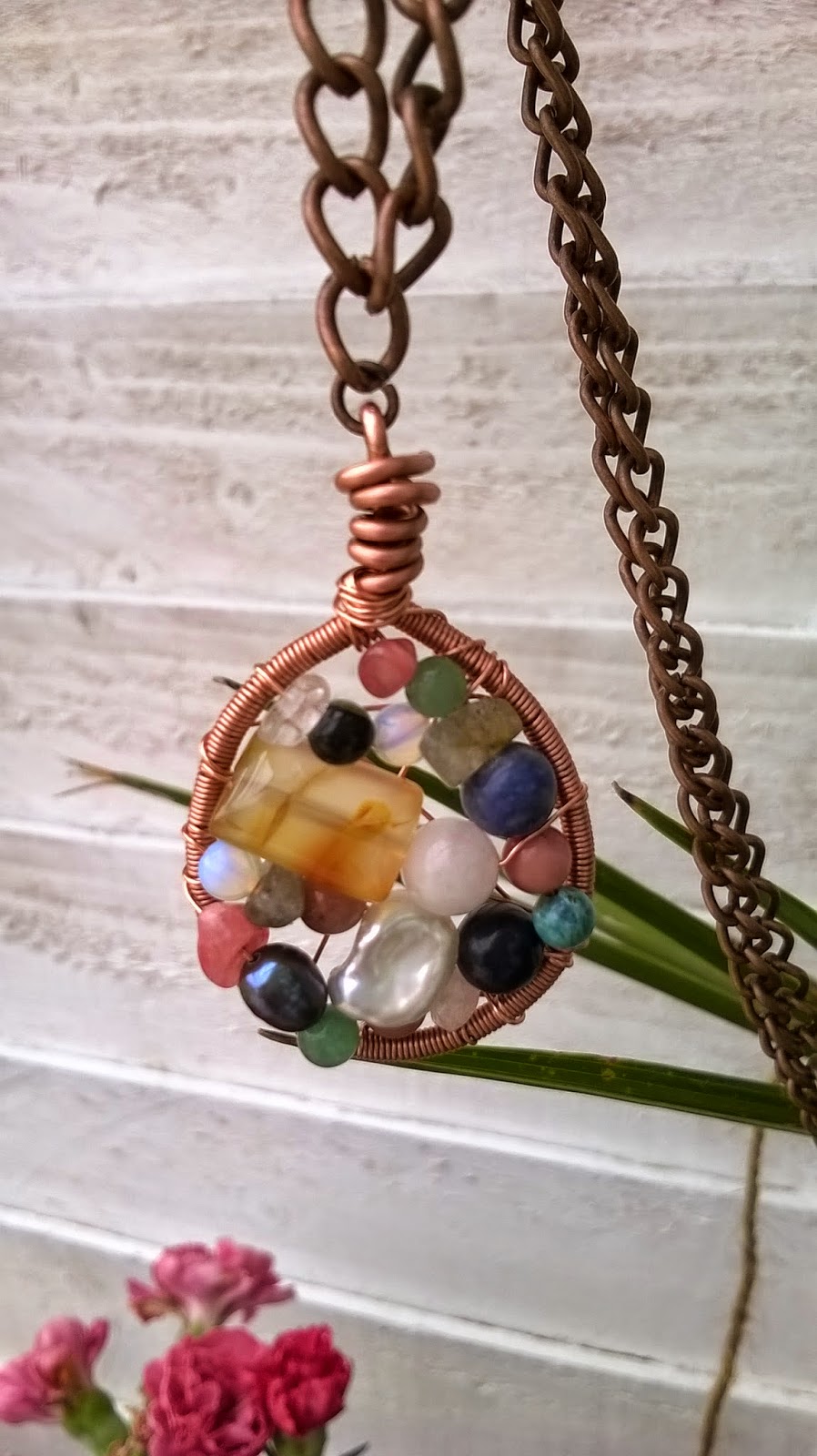 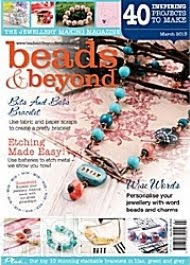 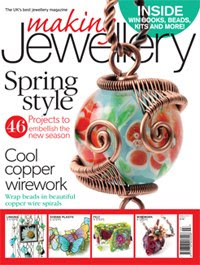 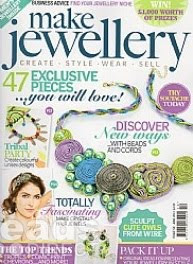 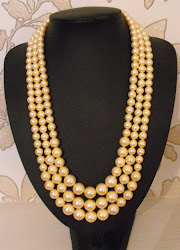